My new favorite tool is a python program called distribution that can easily show histograms in your terminal: [crayon-6037a4c3e9b8e423822320/] I used homebrew to install it, but you can see some usage examples and a few other tools on this stackoverflow page. I eagerly anticipate showing off some histograms to people.
Read More
Note: I’m running my Raspberry Pi as a server, and NetworkManager is not installed. I discovered that if you want to manually assign search and nameserver entries in your /etc/resolv.conf file, you can’t just add the relevant entries to static entry in /etc/network/interfaces: [crayon-6037a4c3e9dee076545577/] For some unknown reason, the resolvconf utility will still attempt to
Read More
Just saw this on One Thing Well, and it made me so nostalgic about my early years on *nix and the net. A weather service fed over the finger protocol. [crayon-6037a4c3e9e6f504981880/]
Read More
You notice something is wrong with your system. I’ll just put this error message here for the sake of the Googles: [crayon-6037a4c3e9ec0234262375/] That stinks.
Read More
I find that using an idiom like [crayon-6037a4c3e9f4c953080695/] is so useful. It replaces the replstr (“%” in this example) with all the arguments at once, or as many as can fit without going over the system’s limit. I couldn’t believe it when I learned that the GNU version of xargs lacks this flag. Yes, it’s
Read More
I would really like to rid myself of Dropbox, but all the alternatives I’ve tried are too bloated, beta- or alpha-quality stage, too complicated to set up, or just plain don’t do what Dropbox does (minus the sharing stuff, which I don’t care about). I don’t want btsync, it’s closed-source. Seafile is too complicated, and
Read More
Just a quick one-liner for posterity. [crayon-6037a4c3ea052529532744/]
Read More
If you have a ton of posts in your WordPress blog (we have over 35K in one site at work), it turns out that the Previous and Next links on each post may be running a tough query on your database. I wanted to know why MySQL was using so much CPU and wrongly assumed
Read More
I was experiencing a pretty bad slowdown while trying to use the admin pages of a WordPress site recently. The load on the machine was quite low, so I began to suspect that it was trying to call out to external services (facebook, pinterest, etc) that might have been blocked by CSF (configserver firewall). I
Read More 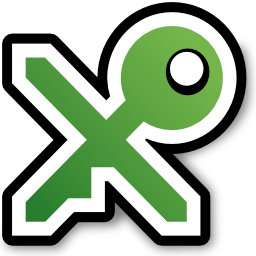 I recently skimmed a paper showing the success of attacking the security of various password database file formats. The only one which withstood both the passive and active attacks was the Password Safe format.
Read More
If you have some need to OCR some text from a PDF or image file, you may want to use a tool like tesseract to do the job. But it won’t take any old input file, you’ll probably need to convert it first. The first error I got from tesseract was [crayon-6037a4c3ea15e650783800/] The Googles indicated
Read More
UPDATE: Major derp moment on my part, thinking that you needed a loop in AWK to print all but one fields. Commandlinefu just cause a forehead-slapping moment when I saw this in my feed: [crayon-6037a4c3ea219194980005/] So, it seems AWK wins again. Carry on. If you’re trying to print one or more particular columns from some
Read More
Yes, the Raspberry Pi can do fast video encoding. Of course you normally wouldn’t want to re-encode any video with an ARM processor, but that’s not what we’re going to do here. We’re going to leverage the GPU. I should point out before proceeding that the input formats for re-encoding are limited in this method,
Read More
I recently wanted to move a system over to a faster, larger SSD. I didn’t want to have to re-install an OS, figure out which old files to transfer over, and then re-configure everything. That’s not a fun time in my book. Here’s what I did (on a live system, yeah!) to clone my disk.
Read More
I think I’ve tried pretty much all of them. After the Google Reader-pocalypse, one of the primary requirements was that I could host it myself. Bonus points go to apps that have configurable keyboard navigation (“j” to open the next item must be distinct from “space” to just scroll down in the browser), as well
Read More